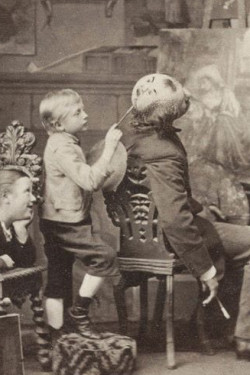 Travis' Ancient and Not for Sale Art

But then everyone has a price... 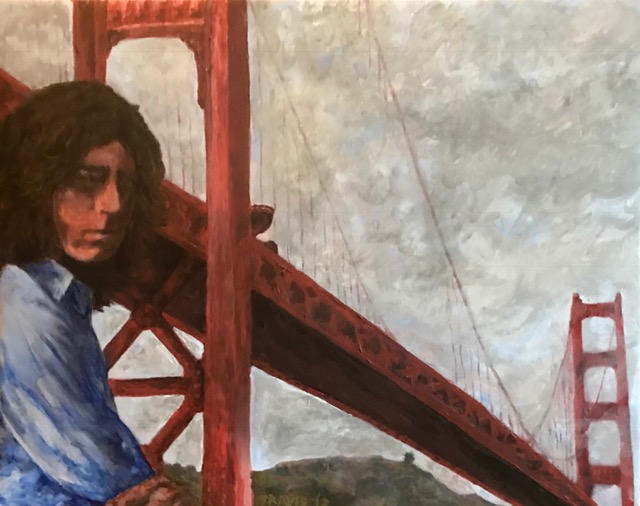 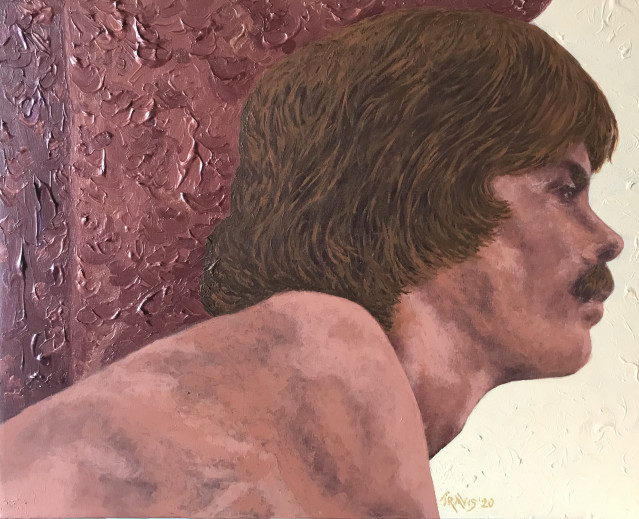 BRINGING MY BRICK ALONG:  Self-portrait, San Francisco, painted in 2020 from a 1973 photo

”I’m like the man who brings a brick along / To show the world what his house was like.”   — Bertolt Brecht 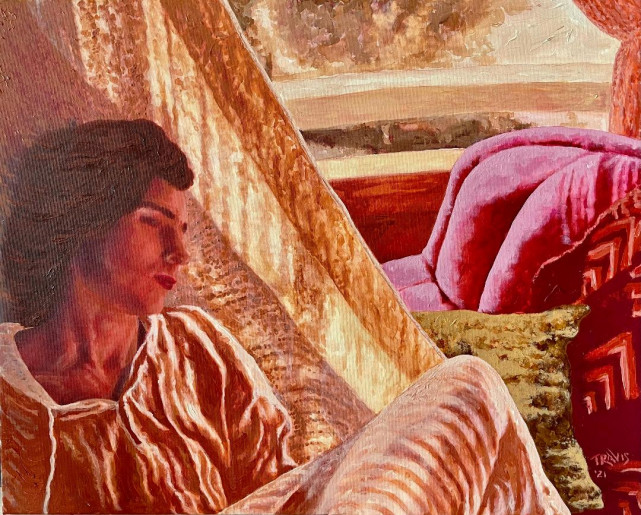 OF CAFTANS, OF HAMMOCKS, OF ACID, OF FOGHORNS AND BAY BREEZES:  Victor Coming Down in San Francisco, 1973 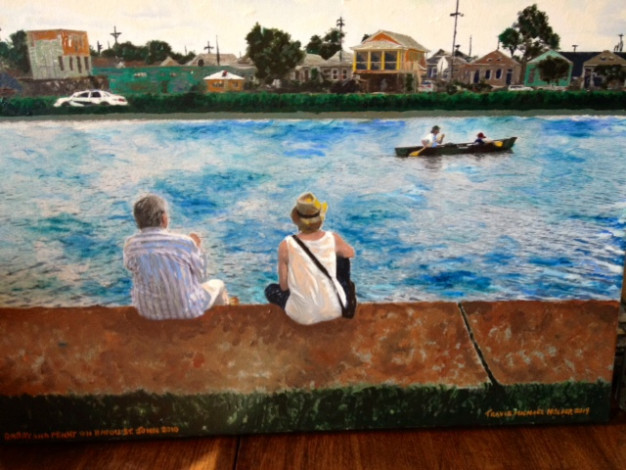 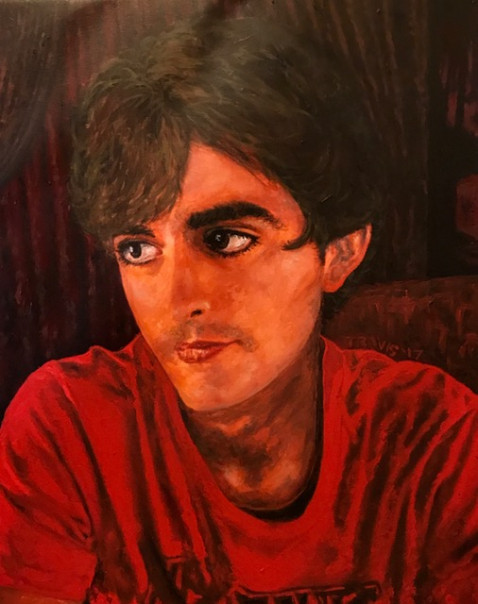 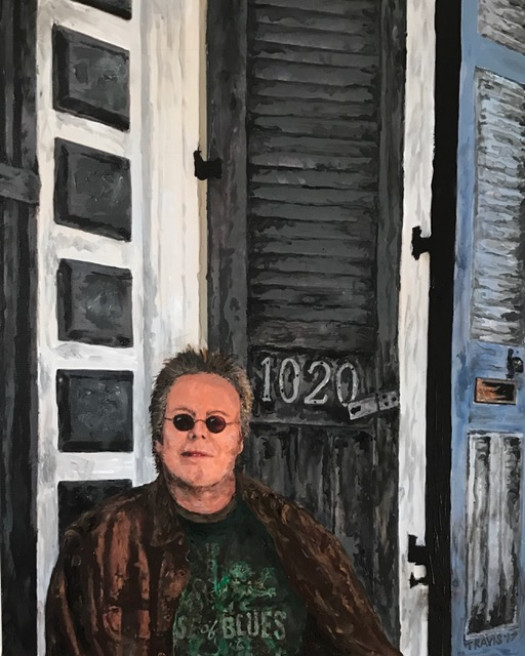 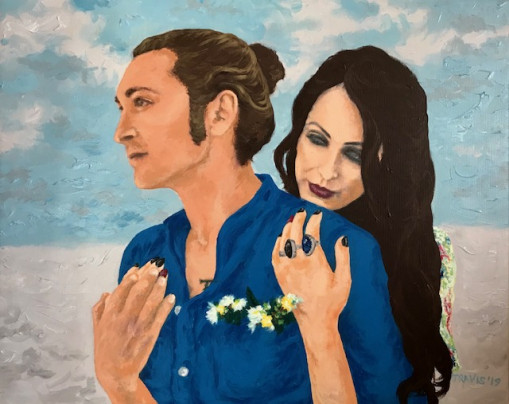 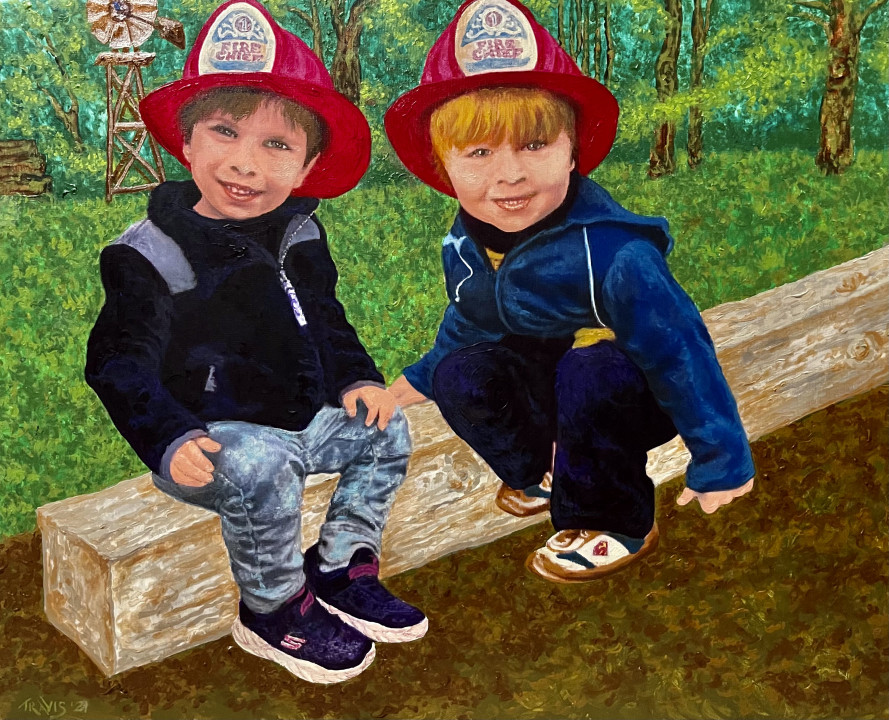 TRAVELING THROUGH ANOTHER DIMENSION: THAT’S THE SIGNPOST UP AHEAD

Christian Nybo in 2020, left, and his father Tommy forty years earlier in 1980, both wearing the same fireman’s helmet and seated on the same log in the Nybos’ backyard in Downers Grove, Illinois 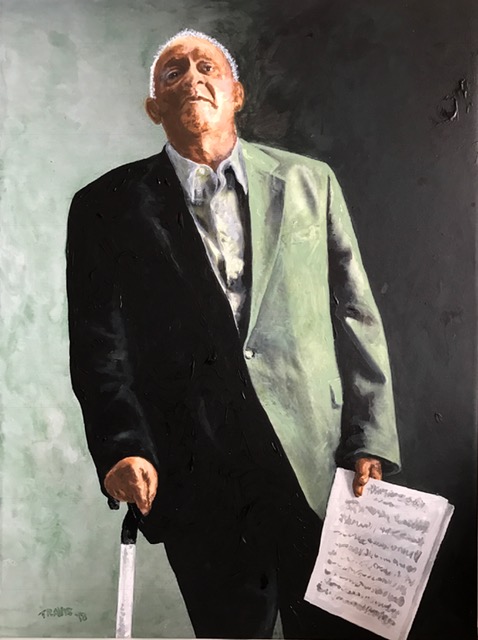 [Original in the collection of Penny Stallings and Barry Secunda] 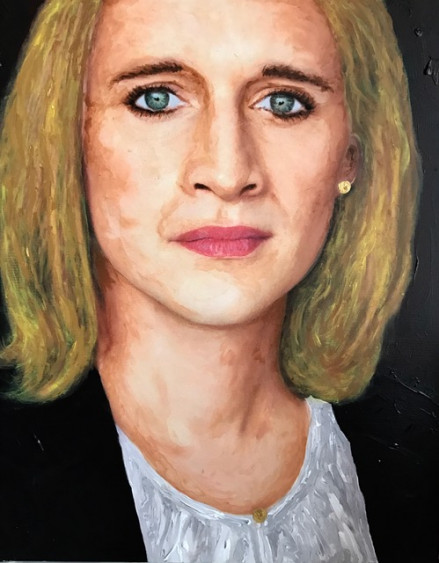 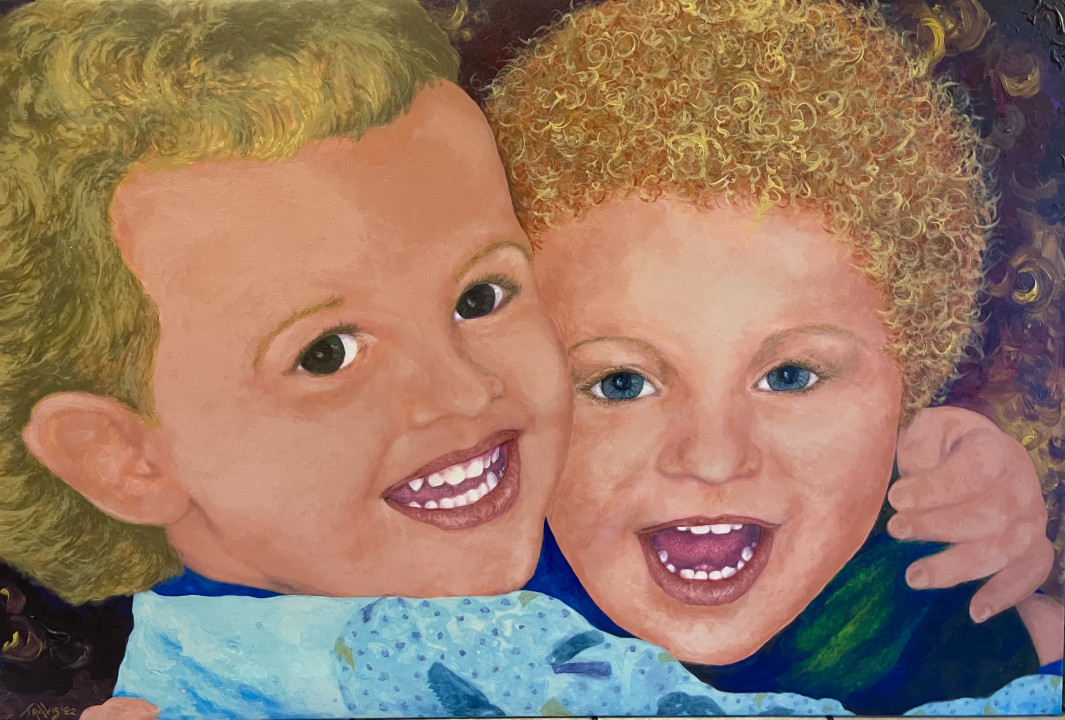 [Commissioned for the collection of Leslie Bourne, 2022] 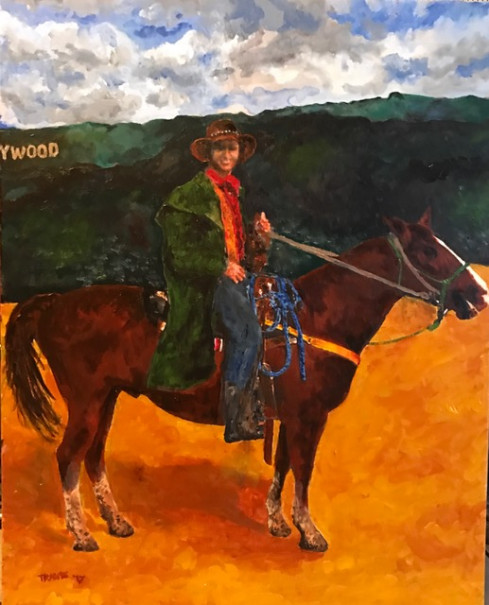 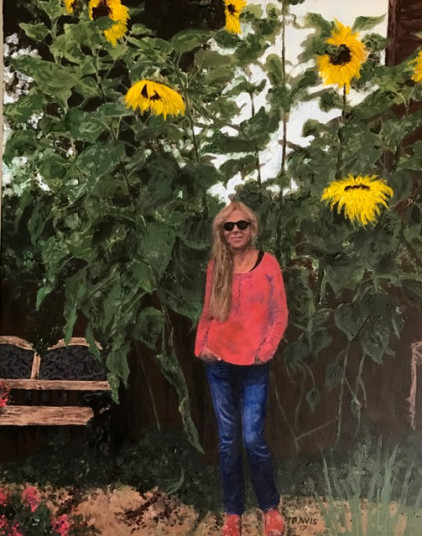 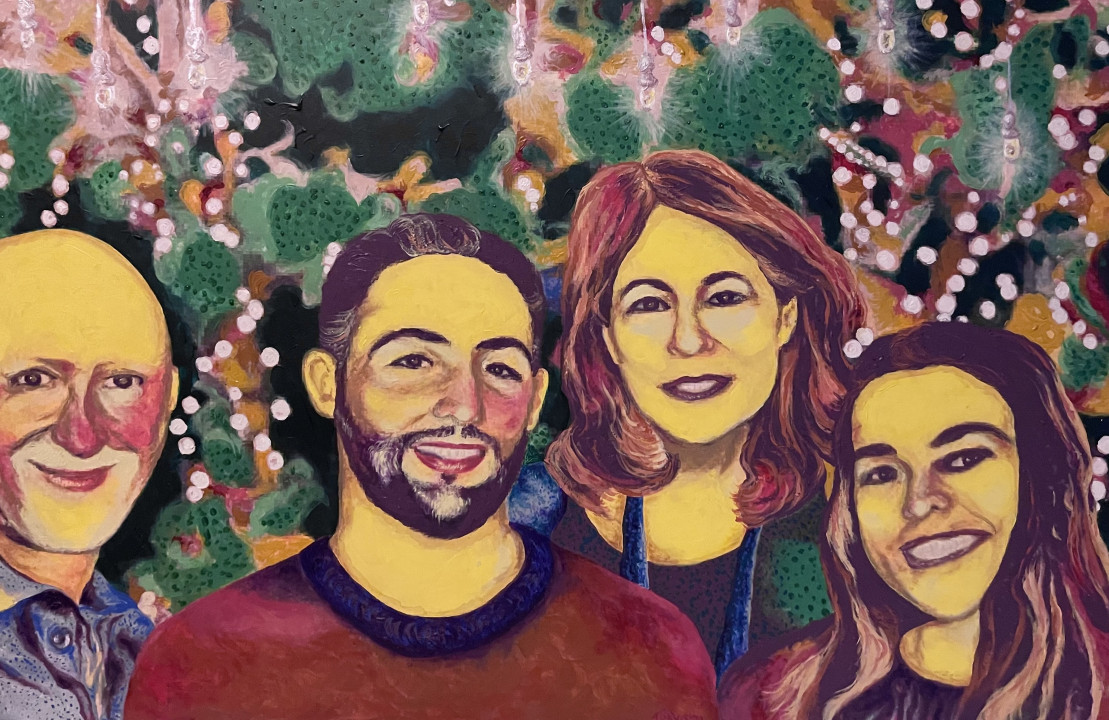 THE HENDERSONS WILL ALL BE THERE:  The Bryce-Gilbert Family, Xmas, 2018

Commissioned by Taylor Gilbert for her husband Ian Bryce and their family, recreating their graphically-enhanced Xmas card, 2020 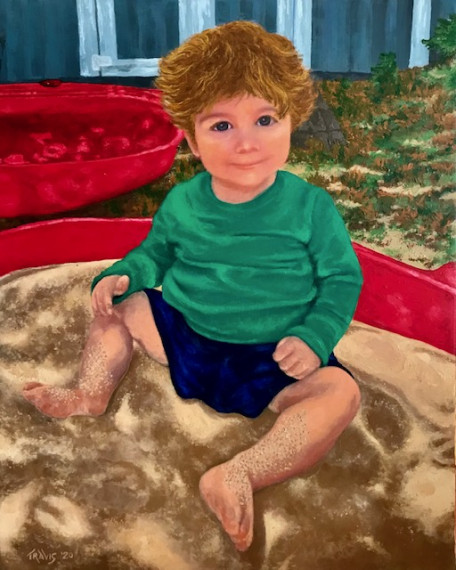 DESI — Desmond Morgan Huseth, commissioned by his grandmother, me ol’ pal of our cradle days Julie Cobb, 2020. And what a pedigree! The kid’s great-grandfathers were Harry Morgan and Lee J. Cobb! 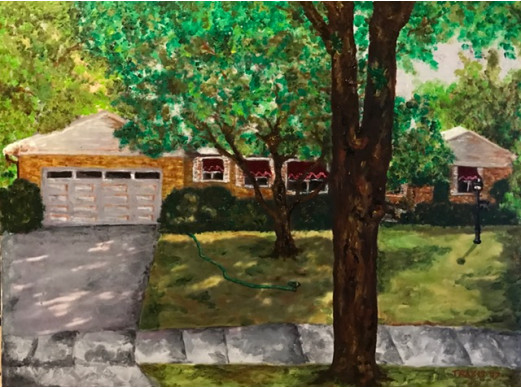 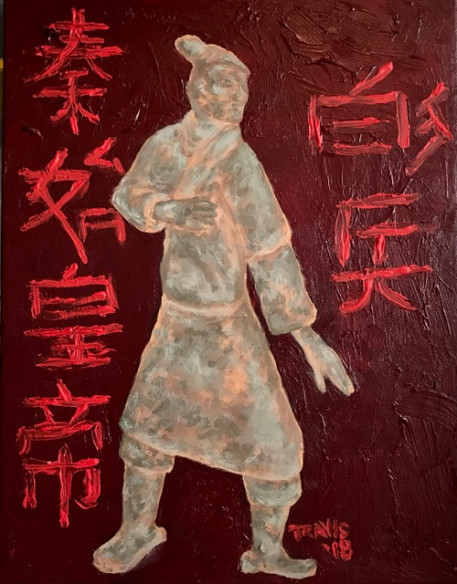 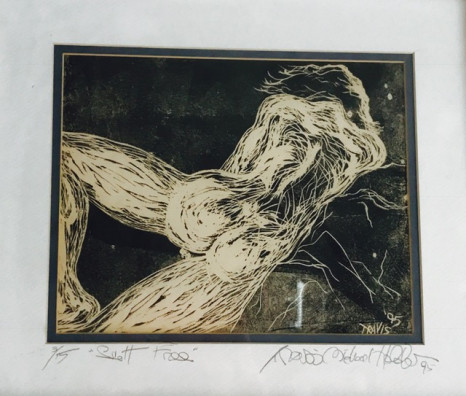 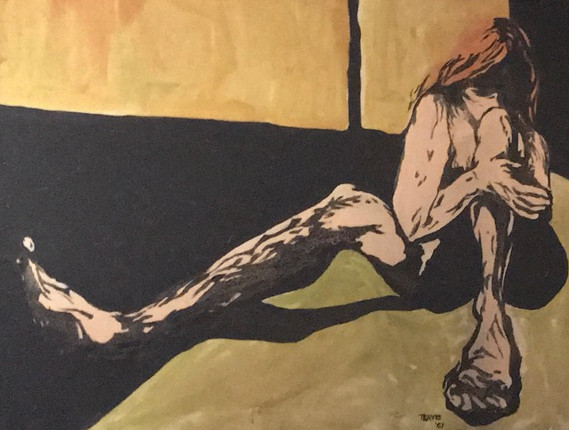 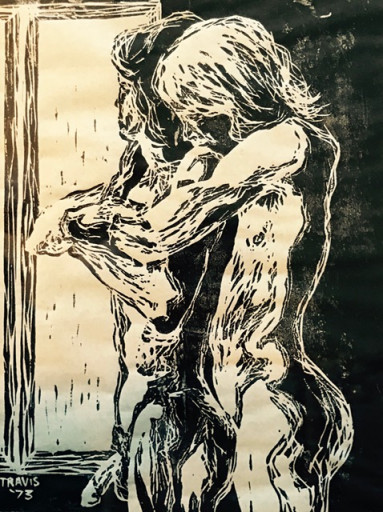 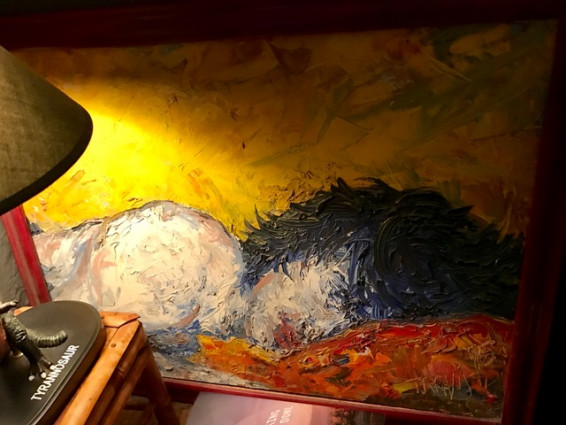 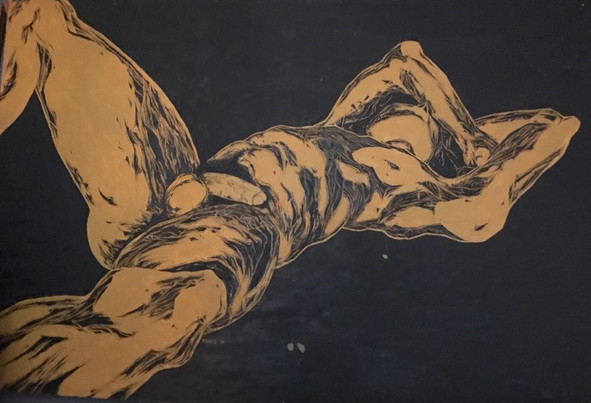 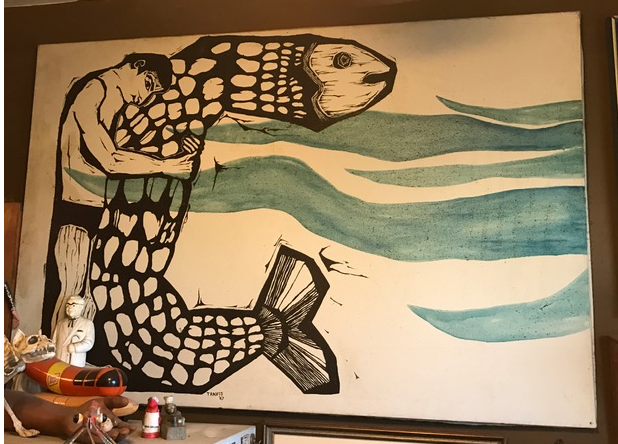 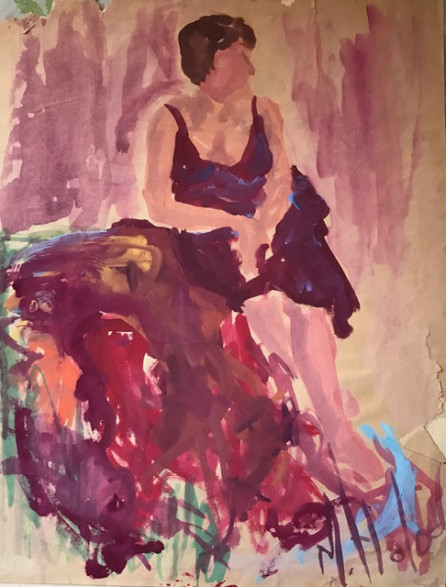 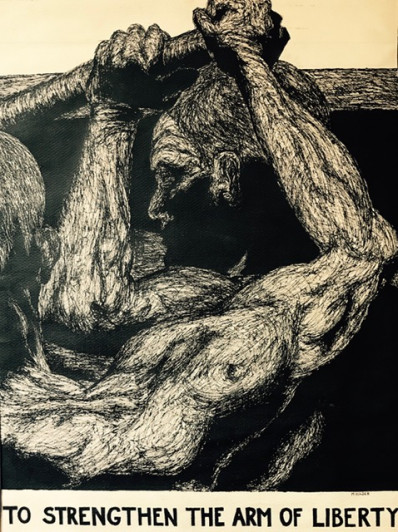 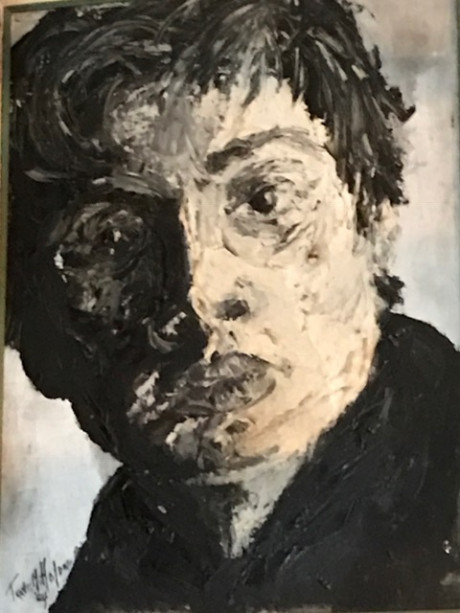 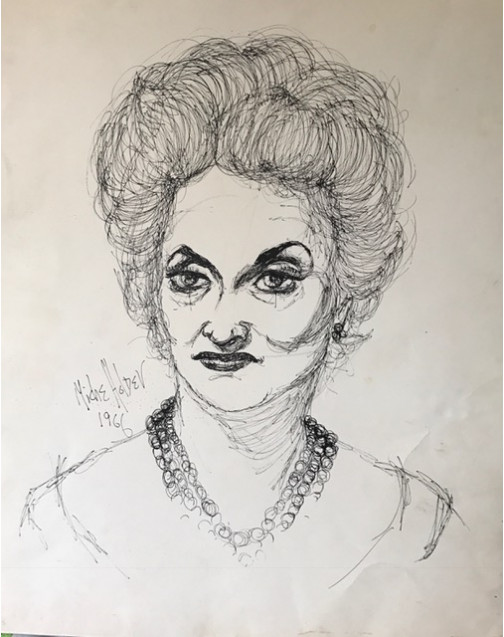 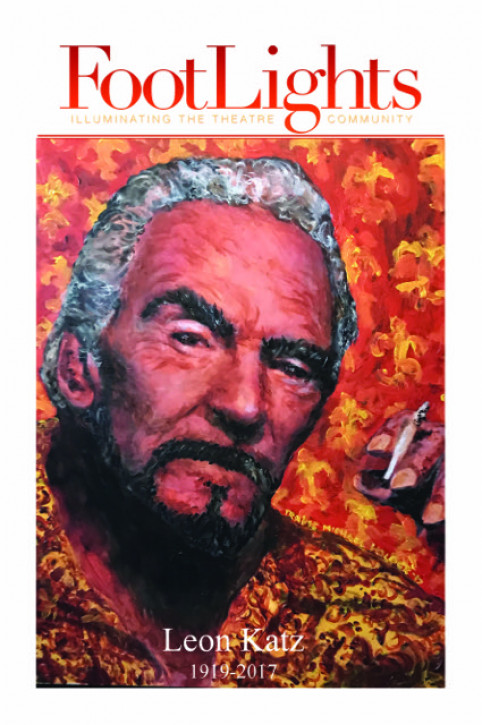 One thing I always intended to do was paint my dear friend and mentor Dr. Leon Katz and, on January 23, 2017 when he passed at age 97, I felt as though I missed an opportunity to do so and share with him, through my art, my love and appreciation for his intelligence, his wit, his passion to be an outsider in the best possible way, and above all, his enormous heart. I’ll always be sad Leon never lived to see the portrait I soon after created that graced the program cover for his memorial at the Kirk Douglas Theatre in Los Angeles in June, 2017, but I sure hope the great man would be proud.